CFBA Review: Greetings from the Flipside by Rene Gutteridge

Greetings from the Flipside
B&H Books (October 15, 2013)
by
Rene Gutteridge

She is married to Sean, a musician and worship leader, and has two children. They reside in Oklahoma, where Rene writes full time and enjoys instructing in college classrooms and writers conferences.

Hope Landon has been rewriting other people's greeting cards since she was six years old -- there's always a funnier caption. She's all set to chase those creative dreams with her musician fiance in New York City until he leaves Hope at the altar, deciding he must not really love this girl if he can't write a song for her. That may give her something to write about . . .

Hope disappears alone on what was supposed to be the couple's month long honeymoon. Upon returning she learns of her funeral -- everyone in her life concluded Hope must have killed herself after being jilted. Needing a fresh start more than ever, she heads for the Big Apple only to discover it's not that easy to rent a place when you've been declared dead.

Taking shelter at the YWCA, Hope soon lands a job at a Christian inspirational greeting card company as an assistant to Jake, a guy who shut down his organization's humor department. She has lost her faith in love; he needs to find something or someone that will make him laugh.

Is there anything in the cards for these two? Find out in the truly original Greetings from the Flipside by authors Rene Gutteridge (Boo) and Cheryl McKay (screenplay for The Ultimate Gift).


If you would like to read the first chapter of >Greetings from the Flipside, go HERE.


Posted by Illuminating Fiction at 1:53 PM No comments: 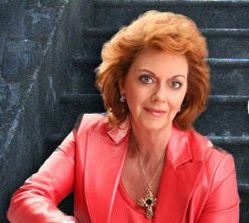 Brandilyn Collins is a best-selling novelist known for her trademark Seatbelt Suspense®. These harrowing crime thrillers have earned her the tagline "Don't forget to b r e a t h e . . ."®  Brandilyn's first book, A Question of Innocence, was a true crime published by Avon in 1995. Its promotion landed her on local and national TV and radio, including the Phil Donahue and Leeza talk shows. Brandilyn's awards for her novels include the ACFW Carol Award (three times), Inspirational Readers' Choice, and Romantic Times Reviewers' Choice.

Brandilyn is also known for her distinctive book on fiction-writing techniques, Getting Into Character: Seven Secrets a Novelist Can Learn From Actors (John Wiley & Sons). The Writer magazine named Getting into Character one of the best books on writing published in 2002.

When she's not writing, Brandilyn can be found teaching the craft of fiction at writers' conferences.

If I’d had any idea what those words would mean to me, to my mother and daughter, I’d have fled California without looking back.

While driving a rural road, Hannah Shire and her aging mother, who suffers from dementia, stop to help a man at the scene of a car accident. The man whispers mysterious words in Hannah’s ear. Soon people want to kill Hannah and her mother for what they “know.” Even law enforcement may be involved.

The two women must flee for their lives. But how does Hannah hide her confused mother? Carol just wants to listen to her pop music, wear her favorite purple hat, and go home. And if they turn to Hannah’s twentyseven- year-old daughter, Emily, for help, will she fall into danger as well?

Pressed on all sides, Hannah must keep all three generations of women in her family alive. Only then does she learn the threat is not just to her loved ones, but the entire country . . .


If you'd like to read the first chapter of Dark Justice, HERE.


Posted by Illuminating Fiction at 2:18 PM No comments: 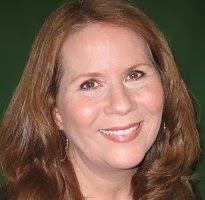 Debby Mayne is a best-selling author who has published more than 25 books and novellas, 400 short stories and articles, and devotions for women. She has also worked as managing editor of a national health magazine, product information writer for HSN, a creative writing instructor, and a copy editor and proofreader. Her novel, Love Finds You in Treasure Island, Florida received 4-1/2 stars from RT Book Review, and was named a Top Pick for the month of July. She and her husband Wally have two grown daughters, and live in Palm Harbor, Florida.

Priscilla Slater goes to her ten-year high school reunion with equal parts dread and eager anticipation. Even though she’s a successful owner of a chain of hair salons and no longer has the mousy brown hair, crooked teeth, and discount-store wardrobe, she still feels like the ugly duckling. But when she arrives at the reunion, Priscilla soon realizes that her old classmates aren’t exactly as she remembers them. With humor and a just a touch of sassiness, Priscilla finds herself facing her own truth—and she may be surprised at what she discovers.

As Priscilla Slater’s 15-year class reunion approaches, she decides to attend out of curiosity… and to flaunt her latest achievement—taking her business to a national level with the possibility of a TV show. As if getting ready for the event and putting up with the pranks of her former classmates isn’t enough, Priscilla’s hometown visit is further complicated by her parents’ separation. With the once-solid sanctuary of her home broken at the foundation, there’s only one thing Priscilla’s parents can agree on: no matter what sort of accolades their daughter receives as a hair stylist, she’s not living up to her potential. Eager to escape the painful reality of her childhood home, Priscilla bolts as soon as a call from New York brings good news: her offer to purchase one of the best salons in the country is likely to come through. But returning to New York means returning to Tim, Priscilla’s best friend and business pal who has been impatiently suggesting their relationship should be more than a friendship. Despite her recent achievements, will Priscilla learn that success doesn’t always result in popularity—or love?

Priscilla Slater shows up at her 20-year reunion as a national celebrity. Her hair salon dynasty has skyrocketed, and to top it off, she has her own line of hair products. She has become a huge success with the “Ms. Prissy Big Hair” line that lets women with the thinnest of locks get the coveted “big hair” look so popular in the South. Her classmates have finally come to terms with adulthood, but they’re handling it with the grace of a Southern woman wearing white after Labor Day. It’s just downright awkward! Asserting the maturity that her classmates have often lacked, Priscilla holds her head high. But she can’t ignore everything. When she catches her mother in the arms of her former high school principal, Priscilla can’t get out of town fast enough. Eager to get back to her more comfortable life, Priscilla runs head on into an ultimatum: Tim tells her they’re not getting any younger—as if she has to be reminded.

If you would like to read an excerpt from Pretty is as Pretty Does (bk 1), go HERE

Now that all three books have released, let’s party! (Yes, really!) Join our online class reunion the week of October 7, 2013 on Debby Mayne’s Facebook Page: https://www.facebook.com/events/136447929891169/ Stop by to answer questions about the books, respond to fun polls, join in fun activities to help you reminisce your high school days, and win great prizes. Tell your friends and meet us there!
Posted by Illuminating Fiction at 1:41 PM No comments: