When Sam's estranged step-father dies, she inherits his ocean-front cottage in --not because he kindly bequeathed it to her, but because he neglected to ever create a will. Sam returns to the island she left 11 years ago with her daughter Caden to fix up the house and sell it, but she isn't counting on is the fact that Landon Reed still lives two doors down from her childhood home. As their long-dormant romance begins to bud again, Sam must face the fact that Landon still doesn't know why she really left the island. Will the secrets she's hidden all these years tear them apart? Or is Landon's love really as unconditional as he claims?

"I've always thought Denise Hunter was an amazing writer but this wonderful story sets her firmly at the forefront of compelling love stories. How Landon breaks down Samantha's determination that she is unworthy of love kept me glued to the pages. An amazing story!" --, author of Fire Dancer (Smoke Jumper Series)

Denise lives in with her husband Kevin and their three sons. In 1996, Denise began her first book, a Christian romance novel, writing while her children napped.

Two years later it was published, and she's been writing ever since. Her books often contain a strong romantic element, and her husband Kevin says he provides all her romantic material, but Denise insists a good imagination helps too!

In addition to Surrender Bay, the second book releases in April 2008. The title is The Convenient Groom and features e Lawrence, a relationship advice columnist, whose groom dumps her on her wedding day. Denise is currently at work on the third book (Oct 2008) which is untitled so far.

August Adams has failed his family before. He's sacrificed relationships in pursuit of adventure, fame, and money. Now the very lives of those he loves depend on his ability to decipher a centuries-old puzzle encrypted in the colorful hand-painted illuminations that adorn three rare Gutenberg Bibles.

It's a secret that could yield unimaginable wealth, undermine two major religions, and change the course of Western civilization. Two ruthless, ancient organizations are willing to do anything to get their hands on it. And August has the span of one transatlantic flight to figure it out.

If he fails, those he holds most dear will die. If he succeeds, he'll destroy a national treasure.

The clock ticks, the suspense mounts, and the body count rises as August pits his knowledge and his love for his family against the clock, secret societies, and even Johannes Gutenberg himself.

"...this rare breed of suspense thriller combines mysterious hidden clues, secret societies, buried treasure, double agents, and the Knights Templar . . . if you turned National Treasure into international treasure, traded DaVinci codes for Gutenberg Bibles, married it to Indiana Jones, and added the pacing of 24 you'd be in the neighborhood of Illuminated . . . on a scale of one to 10, this one goes to 11."
-Aspiring Retail Magazine 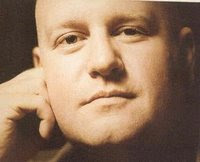 Matt Bronleewe is a recognized producer, songwriter, and author. The former member of the band Jars of Clay has earned numerous awards producing and co-writing albums that have sold a combined total of over 20 million copies. His songs have recently been recorded by Disney pop sensations Aly & AJ, American Idol finalist Kimberley Locke, and more. Bronleewe has worked with Grammy Award-winning artists such as Michael W. Smith, international pop singer Natalie Imbruglia, and Heroes star Hayden Panettiere. Born in Bronleewe was raised on a farm in , where he lived until he left for college in 1992. At in , Bronleewe formed the band Jars of Clay with his dorm roommate and two neighbors, and the group soon found success. Though Bronleewe opted to leave Jars of Clay early on to pursue an academic career, he soon found himself in , co-writing, producing, and playing music professionally. To add to his list of accomplishments, Bronleewe has expanded his love of story telling beyond music into authorship. He is currently penning a 5 book series for Thomas Nelson Fiction. Illuminated, in stores now, begins the adventurous series about rare manuscripts and the mysteries within. Bronleewe currently resides in , with his wife and three children. He continues to write and produce music, and he also volunteers through his church to help disadvantaged youth in the community. Bronleewe enjoys reading, taste-testing good food, and watching sports, as well as indulging his interests in art, architecture, design, and science.

To find out more about Matt, visit his Web site at http://www.mattbronleewe.com/

Carla stared at the gun and David Thornby—or whatever his name was. Her mind split in two, one side pleading this was some sick joke, the other screaming it was all too real.

“Please. You must have the wrong person. There’s no reason for someone to want me dead. I don’t have any enemies.”

“Then you’d best rethink your friends.”

Realtor Carla Radling shows an “English gentleman” a lakeside estate—and finds herself facing a gun. Who has hired this assassin to kill her, and why?

Forced on the run, Carla must uncover the scathing secrets of her past. Secrets that could destroy some very powerful people . . .

Brandilyn Collins fans and reviewers are saying Crimson Eve is her best book yet:

“Crimson Eve is Collins at her very best. It left me feeling as if I’d climbed without oxygen . . . I didn’t think Brandilyn could outdo herself after reading Coral Moon. She did.”
–

“This is your best book! I could not stop reading!” – one of many readers with similar responses

Read about Violet Dawn and Coral Moon, books one and two in the series.

Do you know someone who’s never read a Brandilyn Collins novel? Surely no such person exists. However, should you scrounge up such a friend—someone who enjoys suspense—here’s a special offer from Brandilyn. Be among the first 50 people between now and to e-mail her assistant at gayle.brandilyncollins@gmail.com with the person’s name, e-mail address, and street address. (Due to exorbitant overseas mailing costs, residents only, please).

A signed copy of Crimson Eve will be sent to your friend—free—along with an e-mail from Brandilyn announcing the book is on its way, courtesy of you. (Don’t worry. Brandilyn won’t spam these email addresses. She just wants your friend to know who to thank.) No worries that this story is third in the series. Each book stands alone. Brandilyn is convinced your friend will so love Crimson Eve, he/she will surely reciprocate with expensive chocolate.

Brandilyn Collins is a best-selling novelist known for her trademark Seatbelt Suspense™. These harrowing crime thrillers have earned her the tagline “Don’t forget to b r e a t h e…® ” She’s so well known in the industry, there’s actually a club for her non-readers. That’s right. The Big Honkin’ Chickens Club (BHCC) members are proud of the fact that they’re too wimpy to read Brandilyn’s intense fiction. Now and then one of them tries. Bribing works pretty well. (Just ask Deb Raney.) Somehow they live to tell the tale.

Brandilyn writes for Zondervan, the Christian division of HarperCollins Publishers, and is currently at work on her 17th book. Her first book, A Question of Innocence, was a true crime published by in 1995. Its promotion landed her on local and national TV and radio, including the Phil Donahue and Leeza talk shows.

She’s also known for her distinctive book on fiction-writing techniques, Getting Into Character: Seven Secrets a Novelist Can Learn From Actors (John Wiley & Sons), and often teaches at writers conferences. Brandilyn blogs at Forensics and Faith.

To find out more about Brandilyn, and to read the first chapters of all her books, visit her Web site: http://www.brandilyncollins.com/

Posted by Illuminating Fiction at 2:33 PM No comments:

Not everything that happens in Vegas has to stay in Vegas!

They were dead wrong.

When reporter Hudson Ambrose hears an early morning call on his police scanner about an injured person at a bus stop on , he rushes to the scene to get the scoop.

His world is blown off its axis when he discovers a murdered homeless man with a bankbook in his pocket showing a balance of almost one million dollars. Should he wait for the police, knowing the case will get lost in reams of red tape, or swipe the bankbook and take the investigation—and perhaps a chunk of the money—into his own hands?

With sirens bearing down on the scene, makes an impulse decision that whisks him on a frantic search for answers, not only about the mysterious dead man, but about the lost soul lurking within himself.

Uncovering bizarre links between a plane crash, a Las Vegas pit boss, a dirty cop, and a widowed Atlanta business mogul, Hudson is forced to find out: who was Chester Holte, what was he doing on the streets, and why are his homeless friends convinced he was an angel in disguise?

is a talented storyteller whose first two novels, Dark Star and Full Tilt, made him a finalist in the American Christian Fiction Writers Book of the Year awards and the Inspirational Readers Choice awards. Creston has written for major corporations, colleges, and ministries, including Coca-Cola, TNT Sports, Oracle, Focus on the Family, and In Touch Ministries. Committed to his craft and his family, Creston makes his home in with his wife, Patty, and their four children.

He's been married for twenty-one years to the girl he first loved way back in fourth grade. They have three lovely girls and a boy in a very close-knit family, spending a lot of time together—watching old classic movies, going on outings, and taking in various school and community events and activities. Creston loves to go for morning walks with his dog, read, paint watercolors, meet friends for coffee and Bible study, watch hockey, take his wife on dates, and spend time in God's Word.

Posted by Illuminating Fiction at 1:30 PM No comments: