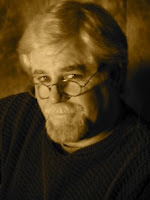 Dale Cramer was the second of four children born to a runaway Amishman turned soldier and a south Georgia sharecropper's daughter. His formative years were divided between far-flung military bases, but he inherited his mother's sense of place—

He took on small construction projects at night to help make ends meet— "and to preserve the remainder of my sanity," he says. While building an office in the basement of a communications consultant, a debate over labor/management relations turned into an article on mutualism which found its way into an international business magazine. It was Dale's first published article, and he liked the feel of it. He bought books, studied technique, and began participating in an online writers' forum, writing during the boys' naps and after they went to bed at night. Before long he was publishing short stories in literary magazines and thinking about writing a book.

Three storylines vied for Dale's attention when he finally decided to write a novel. His first two choices were commercially viable secular stories, and a distant third appeared to be some kind of Christian saga about a broken-down biker. The process of determining which novel to write was settled by a remarkable encounter with his youngest son, a lost set of keys, and God. His sense of direction was suddenly clarified. In 1997, Dale began work on Sutter's Cross, which was eventually published in 2003.

His second novel, Bad Ground (July 2004), while it is not autobiographical, contains a great deal of material drawn from his own experience as a construction electrician.

He and his wife and two sons make their home in northern Georgia.

An Amish settlement in Ohio has run afoul of a law requiring their children to attend public school. Caleb Bender and his neighbors are arrested for neglect, with the state ordering the children be placed in an institution. Among them are Caleb's teenage daughter, Rachel, and the boy she has her eye on, Jake Weaver. Romance blooms between the two when Rachel helps Jake escape the childrens home.

Searching for a place to relocate his family where no such laws apply, Caleb learns there's inexpensive land for sale in Mexico, a place called Paradise Valley. Despite rumors of instability in the wake of the Mexican revolution, the Amish community decides this is their answer. And since it was Caleb's idea, he and his family will be the pioneers. They will send for the others once he's established a foothold and assessed the situation.

Caleb's daughters are thrown into turmoil. Rachel doesn't want to leave Jake. Her sister, Emma, who has been courting Levi Mullet, fears her dreams of marriage will be dashed. Miriam has never had a beau and is acutely aware there will be no prospects in Mexico.

Once there, they meet Domingo, a young man and guide who takes a liking to Miriam, something her father would never approve. While Paradise Valley is everything they'd hoped it would be, it isn't long before the bandits start giving them trouble, threatening to upset the fledgling Amish settlement, even putting their lives in danger. Thankfully no one has been harmed so far, anyway.

If you would like to read the first chapter of Paradise Valley, go HERE.
Posted by Illuminating Fiction at 2:41 PM No comments: