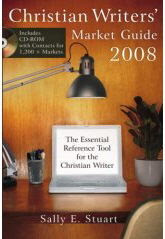 Writers’ Conference listings, Book Publishers, Magazine Publishers, and a Bookstore filled with the resources you need to be successful in this business. Get a Book Contract or Manuscript Evaluation, and check out the Writer’s Resource links. This book has all you need to connect to all these valuable helps for the beginning, intermediate, or professional writer.

To keep you up to date with the latest marketing news, visit Sally Stuart’s new marketing blog, Christian Writers’ Marketplace, at http://www.stuartmarket.blogspot.com/. 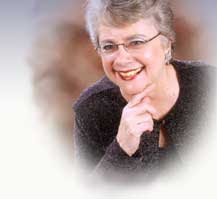 Check out her blog!

A new, updated version of the Christian Writers’ Market Guide is available about January 15 each year. 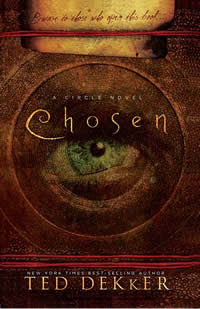 Can four teenagers really save humanity if they throw everything to the wind to follow their hearts?

Johnis believes so. And so does Thomas Hunter, supreme commander of the Forest Guard.

It’s been thirteen years since the Colored Forests gave way to desert. Elyon’s followers now live in seven scattered forests, each forest containing a lake of life-giving water which the forest dwellers depend on to fight off the dreaded skin disease of the Horde.

But the skin disease isn’t the only danger Elyon’s chosen people face.

The Horde army is now 400,000 strong. Word has reached Thomas Hunter that the Horde plans to attack from the east in four days time. With only 20,000 eligible Forest Guard fighters left, Thomas is forced to lower the recruiting age from eighteen to sixteen in order to boost the Guard’s ranks.

Of the new recruits, four are hand picked by Thomas to become squad leaders. Before Johnis, Darsal, Billos, and Silvie can receive their commission, they must undertake one final test. Thomas sends them on a mission that takes them to the edge of the desert on the west side of the forest, but it soon becomes clear to Johnis that the west is not as safe from the Horde as Thomas thought.

Johnis must make an agonizing choice when he unexpectedly meets with creatures long deemed as legend. Can he really turn his back on Thomas and the Forest Guard to follow his heart?

Can he convince Silvie, Darsal, and Billos to follow him deeper into the desert in search of the six missing Books of History while keeping their mission a secret from everyone, including Thomas?

The answer to these questions can be found in the pages of Chosen, book #1 of Ted Dekker’s new Circle Series.

Building on his successful Circle Trilogy, Dekker reintroduces readers to the world they came to love in Black, Red, and White. The battle between good and evil continues as Elyon’s chosen are pitted against the Horde and the Shakaiki once again. The lovable Roush, who remain committed to helping and guiding the forest dwellers, also reappear.

Although the Circle Series will be marketed as Young Adult novels, older readers need not worry. Dekker is in his element with this new tale. His talent for creating memorable characters and alternate realities merge to make Chosen a book that will appeal to all ages.

The main characters in this series may be teenagers, but their struggles are timeless and universal. Forest life has forced them to enter adulthood earlier than today’s society. Not only is sixteen marriageable age, but now they are required to protect their villages in combat. Their decisions will shape their future, and that of all humanity. Their story explores themes which include following your heart, the search for truth, and yes, the enduring battle between good and evil.

Already acquainted with Dekker’s alternate reality? Your mission is to journey forward from the Circle Trilogy and embrace the continuing battle unfolding against the Dark One.

Unfamiliar with Roush and Shakaiki? Your mission, should you choose to accept it, is to pick up copy of Chosen and enter a reality that, under the skin, is much like ours.

And remember… think with your heart.

Buy This Book:
Posted by Illuminating Fiction at 5:33 PM No comments: