This week, the
Christian Fiction Blog Alliance
is introducing
The Death and Life of Gabriel Phillips
FaithWords (November 5, 2008)
by
Stephen Baldwin
&
Mark Tabb 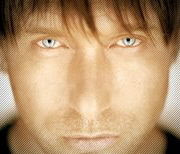 Equally adept at drama and comedy, Baldwin has appeared in over 60 films and been featured on such top-rated television shows as Fear Factor and Celebrity Mole. He has his own production company that is developing projects for television and the big screen. These days, however, his role as director, co-producer, and host of Livin' It - a cutting-edge skate video is bringing out his white hot passion for evangelism.

Writer and communicator Mark Tabb calls himself an “internationally unknown author.” Although his books have been published around the world, he is best known for his collaborative works. His 2008 release, “Mistaken Identity,” written with the Van Ryn and Cerak families, hit number one on the New York Times bestseller list for two weeks, and remained on the list for over two months. He and actor Stephen Baldwin teamed up on their 2005 New York Times bestseller, “The Unusual Suspect,” and with their first work of fiction, “The Death and Life of Gabriel Phillips.”

When Officer Andy Myers met Loraine Phillips, he had no interest in her son. And he certainly never dreamed he'd respond to a call, finding that same boy in a pool of blood. Even more alarming was the father standing watch over his son's body. Myers had never seen a man respond to death-particularly the death of a child-in such a way. When the father is charged with murder and sentenced to death, he chooses not to fight but embrace it as God's will. Myers becomes consumed with curiosity for these strange beliefs. What follows is the story of the bond these two men share as they come to terms with the tragedy and the difficult choices each one must make.


If you would like to read the first chapter of The Death and Life of Gabriel Phillips, go HERE

Please note that this book contains *STRONG LANGUAGE*
Posted by Illuminating Fiction at 7:04 PM No comments:

Welcome to the 1st ever
TitleTrakk.com Blog Tour!

This week we're chatting about:

The Fantastic Fall Giveaway Contest!
Just in time for the holidays, you could win over $335 worth of books, cds and dvds!
Sponsored by our friends at:

The Grand Prize Winner will receive:

Wake Up! Wake Up! by Everyday Sunday
Rock What You Got by Superchick
Sunday by Tree63
Houston We Are Go by Newsboys (Live CD/DVD)
Nothing Left To Lose by Mat Kearney
I Am Free Worship Collection
Salvation Station by Newworldson
Not Without Love by Jimmy Needham
Pages by Shane & Shane
Colors and Sounds by Article One

Love's Unfolding Dream
The Ten Commandments Animated
Between the Walls

But that's not all!
We're giving away even more!

During this blog tour (November 10th - 16th) we'll be drawing 2 winners daily from the contest entries to win an additional free book or cd!

Visit the TitleTrakk.com Contest page today to enter the contest and place yourself in the running to receive the Grand Prize, plus all the daily prizes! Deadline to enter is November 17th.

Posted by Illuminating Fiction at 1:26 PM No comments: