Michael Landon Jr., son of television legend Michael Landon, is an award-winning storyteller, first in television and film, and now in books. His print works include One More Sunrise co-written with Tracie Peterson.

Cindy Kelley is the co-author of the novel The Silent Gift, and Traces of Mercy. Her career as a screenwriter with long-time writing partner, Michael Landon, Jr., began with the adaptation of Margery Williams’ classic story, The Velveteen Rabbit, which had a theatrical release. Several television movies followed, most notably Love Comes Softly, (based on Janette Oke’s novel) which won a CAMIE Award and the Epiphany Prize for Movie Guide’s most inspirational television movie of 2003. Cindy and her husband, Jim, make their home in the Southwest; have three adorable grandchildren and four big dogs who rule the house.

When Mercy abandons Captain Elijah Hale to search for her true identity, he goes after her. With the threat that bounty hunters might be hot on her trail, Mercy does all she can to stay ahead of the danger, frustrating both the bad men who are after her—and Captain Hale who wants to find her and escort her safely home. But when she stumbles upon clues that help her learn who she is and where she's from, the danger escalates and she has to learn to keep her friends close and her enemies even closer—if she can determine which is which!


If you'd like to read the first chapter of Finding Mercy, go HERE.

Posted by Illuminating Fiction at 5:50 PM No comments: 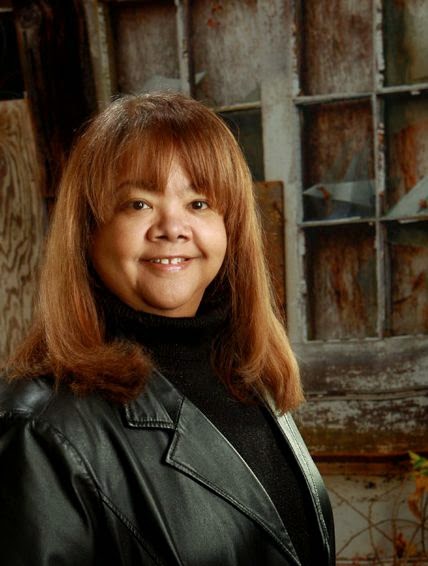 She love to write, but it doesn't make her happy unless there are the three B's...body count, blood, and blowing things up. She also have mad skills at coding HTML, and website design. And she lives in a log cabin in the woods with fifteen acres and a pond full of bass, though she'd rather buy fish at the grocery store. Bonnie shares her domain with a husband, a dog, and two cats, all of whom think she’s waitstaff! 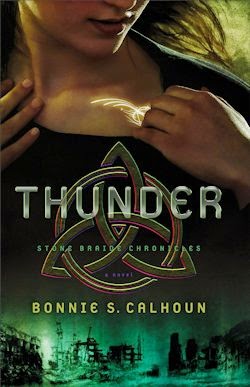 In post-apocalyptic America, Selah Chavez is crouched in long grass on a shore littered with the rusted metal remnants of a once-great city. It is the day before her eighteenth Born Remembrance, and she is hunting, though many people refuse to eat animal flesh, tainted by radiation during the Time of Sorrows. What Selah's really after are Landers, mysterious people from a land across the big water who survive the delirium-inducing passage in small boats that occasionally crash against the shoreline. She knows she should leave the capture to the men, but Landers bring a good price from the Company and are especially prized if they keep the markings they arrive with.

Everything falls to pieces when the Lander Selah catches is stolen by her brothers--and Selah wakes up the next morning to find the Lander's distinctive mark has suddenly appeared on her own flesh. Once the hunter, Selah is now one of the hunted, and she knows only one person who can help her--Bohdi Locke, the Lander her brothers hope to sell.

With evocative descriptions of a strange new world that combines elements of scientific advances, political intrigue, and wilderness survival, Bonnie S. Calhoun weaves a captivating tale of a world more like our own than we may want to admit.

You can read Tremors, the prequel to the series for FREE on Amazon HERE.

If you'd like to read the first chapter of Thunder (Stone Braide Chronicles), go HERE

I was introduced to Bonnie’s dystopian world via Tremors, the free prequel to Thunder. Tremors introduces readers to Selah Rishon Chavez and her family, who are struggling to make a life in a barren world destroyed by catastrophic event 150 years prior, known as the Time of Sorrows. I was immediately drawn Selah’s life and her struggle to be accepted by her father and brothers as an adult and escape her upcoming arranged marriage.

Thunder picks up the story on the eve of Selah’s 18th Birth Remembrance. Desperate to prove she is just as good a hunter as her brothers, Selah hides on the shore and waits for a small boat to crash onto the beach. Nestled in the bottom of these boats are a prized catch—a Lander.

Landers who keep the markings they arrived with are a sort after commodity by the Company, a business colony deep underground in the Mountain. If Selah could catch a Lander, she would prove she was an asset to her family and not just a bargaining chip for her father to gain favour with another Borough.

Selah’s plans unravel when her brothers arrive shortly after she gains her first Lander, Bodhi Locke, and claims him as their own catch. To make matters worse, Selah wakes the next morning to discover she too now carries the Lander marking on her skin. Suddenly Selah is worth more to her family than ever before.

Carrying a family secret, Selah goes into hiding. Determined to find out the truth behind the Landers, Selah vows to rescue Bodhi Locke from her brothers before they reach the Mountain.

What makes the Landers so valuable to the Company? And why are they never seen again once they enter the Mountain? These are questions Selah is determined to answer as she struggles to find her place and acceptance in her new life as a Lander.

Thunder is the first book of the Stone Braide Chronicles and leaves enough unanswered questions to keep readers waiting for the next instalment. I already have the second book, Lightning, on my Can’t-Wait-To-Read list.

Posted by Illuminating Fiction at 5:56 PM No comments: