Spotlighting: The Rook by Steven James 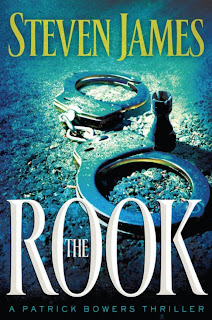 About The Book:
Special Agent Patrick Bowers is about to uncover the military's darkest secret . . . and his own dark past.

While investigating a series of baffling fires in San Diego, Special Agent Patrick Bowers is drawn into a deadly web of intrigue where nothing is as it appears to be. With a killer on the loose and one of the world's most deadly devices missing, Bowers is caught in a race against time to stop a criminal mastermind's trap before it closes around the people he loves.


Following up his breakout hit, The Pawn, Steven James gives his fans another story about FBI Special Agent Patrick Bowers. And this time, his readers won’t know who to trust.

Full of fast-paced action and mind-bending plot twists, The Rook is an adrenaline laced
page-turner that will keep readers up all night. Book 2 in The Bowers Files, this riveting look into the darkness that lies in every soul is the perfect follow-up to James’s critically acclaimed bestselling thriller The Pawn.

“Sophomore slump? Fuhgeddaboutit. In his second thriller about FBI criminologist Patrick Bowers, James delivers the caffeinated plot twists and intriguing characterizations that made The Pawn a welcome addition to the suspense genre…”
Publishers Weekly (starred review) 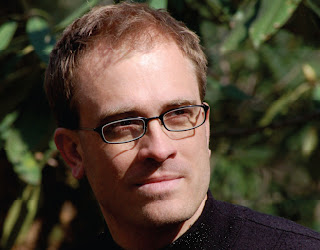 Steven James is one of the nation’s most innovative storytellers and a bestselling author. He has written more than twenty books and is a full-time speaker, having appeared more than 1,500 times throughout North America, Europe and Asia since 1996.

His first mystery thriller, The Pawn, has already hit the bestseller lists and is a finalist for the 2008 Christy Awards. On August 1, 2008, his second book, The Rook, joins the high-octane thriller series, The Bowers Files. A third book, The Knight, is set to join the expanding series in Summer 2009.

James has had many outlets for his creativity. He holds a Master of Arts in Storytelling. In 1997, when he completed this degree, he was one of only a hundred people in the world with such a degree.

For years, James has focused on crafting nonfiction books that explore and broaden the connections of story, imagination, and Christian spirituality. He has recently contracted several more titles with Revell, a division of Baker Publishing Group. His recent nonfiction books include Sailing Between the Stars and the critically acclaimed Story: Recapture the Mystery, which received a starred review from Publishers Weekly. He has been honored with six national awards for his writing and storytelling, including a nomination for an ECPA Gold Medallion Book Award.

In addition to his books, James has written hundreds of articles and stories that have appeared in over eighty different magazines and publications, including Writer’s Digest and Guideposts for Teens.

James lives and writes in eastern Tennessee near the town of Jonesborough, the heart of the modern storytelling revival. He likes rock climbing and science fiction movies. When he’s not writing or speaking, he enjoys spending time with his wife and three daughters.

Posted by Illuminating Fiction at 10:01 AM No comments:

Spotlighting: The Summer The Wind Whispered My Name by Don Locke 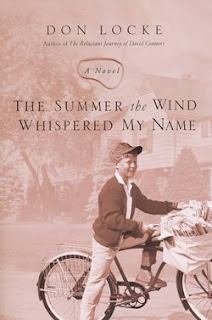 Remember the days of Studebakers, Wiffle ball, Nikita Khrushchev, and Good Humor trucks? More than likely you will be recalling the 60s.

Opening the pages of The Summer The Wind Whispered My Name is comparable to entering a time machine and being whisked back to the summer of 1960. I was pulled into a world of innocence. A world where Davy Connors woke early each morning to find his clothes laid out on the bathroom floor, his breakfast on the table, and a pile of newspapers waiting to be delivered. Where Davy played Wiffle ball with the other neighborhood children on the streets during the day and hide and seek at night. Where a sense of belonging filled the air.

But for Davy, the summer of 1960 brought the wind of change—a change that cracked his innocence and allowed awareness to seep in. A change that shook the pedestal he had placed his father on and tested his own sense of what was right.

Davy’s idyllic family life begins to shatter with the arrival of a Negro family in the neighborhood. As his mother prepares a welcoming committee, his father joins those opposed to the new arrivals. Tension soon mounts when prejudices are laid bare and faith is tested as the community struggles to come to terms with their differences.

As Davy watches those around him, he ponders on what is normal, learns the difference between doing what’s right and doing what’s popular, witnesses the wonder of unquestioning faith and God’s timing, and faces the reality of death.

The Summer The Wind Whispered My Name is a delight to read with its fresh voice, poignant message, and witty chapter titles.

The book is brought to life by its rich characterizations and subtle messages. There’s Davy, the precocious boy who tugs at your heart and provides amusing insights into those around him; Mr. Melzer, the peacemaker with his undaunted faith and love for everyone; the lonely Mrs. Wrinklemeyer with her cats and ancient candy; and Davy’s mom, Ruth Conners, whose quiet faith propels her to create the Gospel Flight Day.

As well as racial prejudice, Locke touches on other attitudes prevalent of the era. The stigma attached to divorcees and the fear created by the Cold War are just two examples readers witness through the lives of the Conners family. For readers born after the 60s, Locke includes an informative section entitled The Way Things Were In 1960 which adds to the understanding of topics raised within the book.

The Summer The Wind Whispered My Name is the kind of book you want to read while lounging in the sun with a cold lemonade and a Good Humor bar. But beware—the book does contain a couple of gross out moments via loogie torture and booger promises.

Buy The Book:
Posted by Illuminating Fiction at 11:17 AM No comments: