Suspense novelist Kathy Herman is very much at home in the Christian book industry, having worked five years on staff at the Christian Booksellers Association (CBA) in Colorado Springs, Colorado, and eleven years at Better Books Christian Center in Tyler, Texas, as product buyer/manager for the children’s department, and eventually as director of human resources.

She has conducted numerous educational seminars on children’s books at CBA Conventions in the U.S. and Canada, served a preliminary judge for the Gold Medallion Book Awards of the Evangelical Christian Publishers Association , and worked as an independent product/marketing consultant to the CBA market.

Since her first novel, Tested by Fire, debuted in 2001 as a CBA national bestseller, she's added sixteen more titles to her credit, including four bestsellers: All Things Hidden, The Real Enemy, The Last Word, and The Right Call.

Kathy's husband Paul is her manager and most ardent supporter, and the former manager of the LifeWay Christian Store in Tyler, Texas. They have three grown children, five almost-perfect grandchildren, a cat named Samantha. They enjoy cruising, deep sea fishing, and birdwatching—sometimes incorporating these hobbies into one big adventure.

Zoe Broussard loves the life she and her husband Pierce have built in her beloved Louisiana hometown. She owns a thriving Cajun eatery in South Louisiana and is married to the love of her life.

But it’s about to become hell. One day, out of the blue, she receives a series of anonymous notes that sends her life into a tail spin. Five simple words, “I know what you did.” Zoe has a secret so terrible it could leave the business in shambles and tear her marriage apart. Unbeknownst to anyone, even Zoe’s husband, Pierce, she has a past—a past she had covered so well she never thought she would have to confront. How could anyone know what she did? Can she find the courage to face her past?

If you would like to read the first chapter of False Pretenses, go HERE.
Posted by Illuminating Fiction at 4:34 PM No comments:

This week, the
Christian Fiction Blog Alliance
is introducing
Vicious Cycle
Zondervan (February 22, 2011)
by
Terri Blackstock
Illuminating Fiction's Review
Barbara Covington couldn’t wait for her daughter Emily to finally graduate from rehab and life to get back to ‘normal.’ Deep down she knew things would never be exactly as they had been over a year ago, but she never expected her fifteen-year-old son Lance to end up in prison.

When Lance heard that his pregnant friend Jordan had left rehab, he drives to her house to find out why. Upon arriving, he finds that not only has Jordan just given birth at home, but she is about to reluctantly hand her baby over to a couple of shady looking strangers. Forced by Jordan’s mother and brother to leave, Lance heads home disheartened and worried about what will become of his friend and her baby. A cry of a newborn emitted from the backseat soon spins Lance’s life into the path of the law when he is later accused by Jordan of kidnapping her baby.

Desperate to get her son out of jail in time for Emily’s graduation, Barbara calls on Detective Kent Harlan, an officer she met a year previously when Emily went missing amid accusations of murder. Kent flies to Jefferson City to help the woman he has grown to love over the past year and soon finds himself caught up in a case involving drug abuse and child trafficking.

Vicious Cycle is the second Intervention novel by Terri Blackstock and is as well written and fast paced as the first.

Blackstock depicts a very real criminal underworld in both books which left me cringing each time Emily and Lance were thrust into it. Vicious Cycle realistically portrays the dangers of drug addiction and its long term effects. I was completely drawn into the lives of the Covington’s once again and found myself rooting for this family struggling to overcome the effects of Emily’s drug addiction.

You don’t need to read Intervention to follow Vicious Cycle as Blackstock has done a fabulous job of providing just enough information to make this a standalone story. But to get the most out of both stories and really immerse yourself in the Covington family’s trials, I strongly suggest you read both.

Terri Blackstock is a New York Times best-seller, with over six million copies sold worldwide. She has had over twenty-five years of success as a novelist. She sold her first novel at the age of twenty-five, and has had a successful career ever since.

Besides entertaining her readers, Terri tackles issues that she hopes will change lives. Her recent book, Predator, was inspired by her experiences on Facebook and Twitter, and her concern that people posted too much personal information about themselves. The book deals with an online predator who uses social networks as his playground. She hopes the book will change readers’ online habits. Her New York Times best-seller, Intervention, was inspired by her own personal struggles with a daughter on drugs. In the book, a mother hires an interventionist for her drug-addicted daughter. But on the way to treatment, the interventionist is murdered, and the daughter disappears. Barbara, the mother, sets out to search for her daughter. Terri modeled Barbara after herself, and poured many of her own emotions and experiences into that character. As a result, many families experiencing drug addiction have written to thank her for telling their story and giving them hope. Vicious Cycle, Book Two of the Intervention Series, releases February 22, 2011. She’s currently working on Book Three.

Other recent books include a stand-alone novel called Double Minds, as well as Last Light, Night Light, True Light and Dawn’s Light (from her acclaimed Restoration Series). She is also known for her popular Newpointe 911 Series and Cape Refuge Series. Terri makes her home in Mississippi, where she and her husband Ken are enjoying their empty nest after raising three children.

Terri has appeared on national television programs such as “The 700 Club” and “Home Life,” and has been a guest on numerous radio programs across the country. The story of her personal journey appears in books such as Touched By the Savior by Mike Yorkey, True Stories of Answered Prayer by Mike Nappa, Faces of Faith by John Hanna, and I Saw Him In Your Eyes by Ace Collins.

When fifteen-year-old Lance Covington finds an abandoned baby in the backseat of a car, he knows she's the newborn daughter of a meth addict he's been trying to help. But when police arrest him for kidnapping, Lance is thrust into a criminal world of baby trafficking and drug abuse.

His mother, Barbara, looks for help from Kent Harlan---the man whom she secretly, reluctantly loves and who once helped rescue her daughter from a mess of her own. Kent flies to her aid and begins the impossible work of getting Lance out of trouble, protecting a baby who has no home, and finding help for a teenage mother hiding behind her lies.

In this latest novel of suspense and family loyalty, bestselling author Terri Blackstock offers a harrowing look at drug addiction, human trafficking, and the devastating choices that can change lives forever.

If you would like to read the first chapter of Vicious Cycle, go HERE.

Posted by Illuminating Fiction at 9:24 PM No comments: 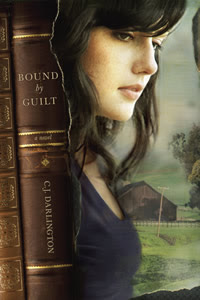 Bound by Guilt
by C.J. Darlington
Published by Tyndale House
Shuttled between foster homes, Roxi Gold will do anything to fit in. Soon she’s traveling the country stealing rare books from unsuspecting bookstores. Police officer Abby Dawson has seen the worst of society—and not just at work. One fateful night, both their lives are changed forever. One searches for justice, the other finds herself on the run. Will the power of forgiveness set them free?

This one engages your senses and reaches your heart.
--Jerry B. Jenkins, NY Times best-selling author & owner of The Christian Writers Guild 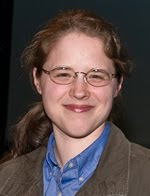 About the Author:
C. J. Darlington won the 2008 Jerry B. Jenkins Christian Writers Guild Operation First Novel contest with her first novel, Thicker Than Blood. She has been in the antiquarian bookselling business for over twelve years, scouting for stores similar to the ones described in her novels before cofounding her own online bookstore. In 2006 C. J. started the Christian entertainment Web site www.TitleTrakk.com with her sister, Tracy, and has been actively promoting Christian fiction through book reviews and author interviews. A homeschool graduate, she makes her home in Pennsylvania with her family and their menagerie of dogs and cats. Visit her website www.cjdarlington.com