About The Book:
WHAT DEFINES A HERO? A LEGEND?

Is the Measure of a Man Found in His Actions, Deeds or in Who He Really Is?

COLORADO SPRINGS, Colo., — What is a hero? Is it defined by your actions at one particular point in time or is it defined by who you are? First time novelist Graham Garrison explores the idea of what defines a hero and when a person crosses a nebulous line to become a bona-fide legend in his debut novel Hero’s Tribute. 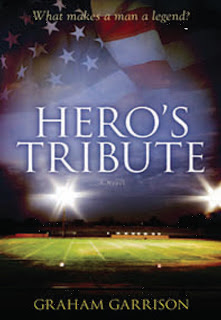 The small town of Talking Creek, Georgia, has a hero—Michael Gavin. As a teenager, Michael made a name for himself as Quarterback of the local High School football team, the Eagles. As a young man, he earned a regional following when he played for the University of Georgia. Post -college, Captain Michael Gavin earned the Medal of Honor for distinguished service in Iraq further cementing his position at Talking Creek’s resident hero.

So when he was diagnosed with cancer, the town immediately rallied behind the Gavin’s. On his deathbed, Michael makes a radical decision and asks a complete stranger, local sports reporter Wes Watkins to deliver his eulogy. With absolutely no idea why the famed Michael Gavin would ask a complete stranger to delve into the intimate details of his life, Wes digs into this project as he would any other story. Who knows, perhaps it would generate some decent bylines and get picked up by the AP. In fact, this could be his ticket out of the small town life.

But what Wes discovers catches him totally off guard. His typical reporting tactics aren’t going to work in this situation and as he uncovers some secrets in Michael’s past, Wes begins to see him as he really was rather than the larger-than-life legend the town has created. The closer he gets to the truth, however, the town begins to close ranks. Struggling to find the words to accurately and completely describe Michael, Wes must examine his own life and decide what will define him. Finding the whole truth could cost Wes everything. Who was this man that Talking Creek revered? 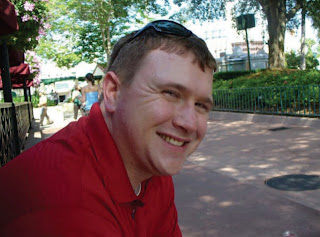 Graham Garrison is a writer and editor who lives in suburban Atlanta. He has covered high school and college football games as a newspaper reporter, completed an internship with the U.S. Army at its National Training Center in the Mojave Desert and tested WaveRunners and Runabouts as the managing editor of a national boating magazine. He’s written about battlefields for America’s Civil War, interviewed medical innovators for Georgia Physician and even penned an editorial for the Atlanta Journal-Constitution. When he’s not writing, he’s chasing his two-year old son Nicholas and their Beagle, Baxter around the backyard with his wife, Katie.

1.) Where did you originally come up with the idea for a story about what defines a hero?

I just wanted to know what made them tick. You hear stories of World War II veterans who did heroic things but never mentioned them to their families, and then their families would find a silver star hidden in a trunk in the attic. Most heroes are like that – the medals and ribbons are significant, but they don’t define them.

2.) Is there a particular reason why the families of soldiers are near and dear to your heart?

I was born in Fayetteville, N.C. while my dad was a captain in the 82nd Airborne stationed at Fort Bragg. I’ve always held soldiers and their families in the highest regard.

3.) In your opinion, do actions or character ultimately define a hero?

I think character comes through in the actions, ultimately. If there is failure, you can still see where a person tried their best to do the right thing. We don’t always get to choose the battles we fight or the hardships we’ll endure, but we can choose how we react to them, and I wanted that to resonate in “Hero’s Tribute,” especially with Michael Gavin.

4.) What made you decide to write a novel?

Always wanted to do it. I’ve got a pretty active imagination and spent a lot of time in school daydreaming stories. That’s sort of what led me to writing/editing as a career.

5.) What are you reading right now?

I just finished Donald Miller’s A Million Miles in a Thousand Years. My sister gave me a copy of Blue Like Jazz a few years ago and I read it in one night.

6.) Who is your favorite author? Why?

Probably Philip Yancey. He digs deep into spiritual topics and biblical figures but doesn’t tell you what to think about them. More like he presents the information and allows you to decide for yourself, or sets you off on your own investigation.

7.) Do you have any advice for other aspiring authors out there?

You’ve got to write every day. When you’re not writing, turn off the TV and read. It’s like exercising – you get what you put in. You can’t wait for the epiphany moments of a story to come to you, but rather have to go out and work for them.